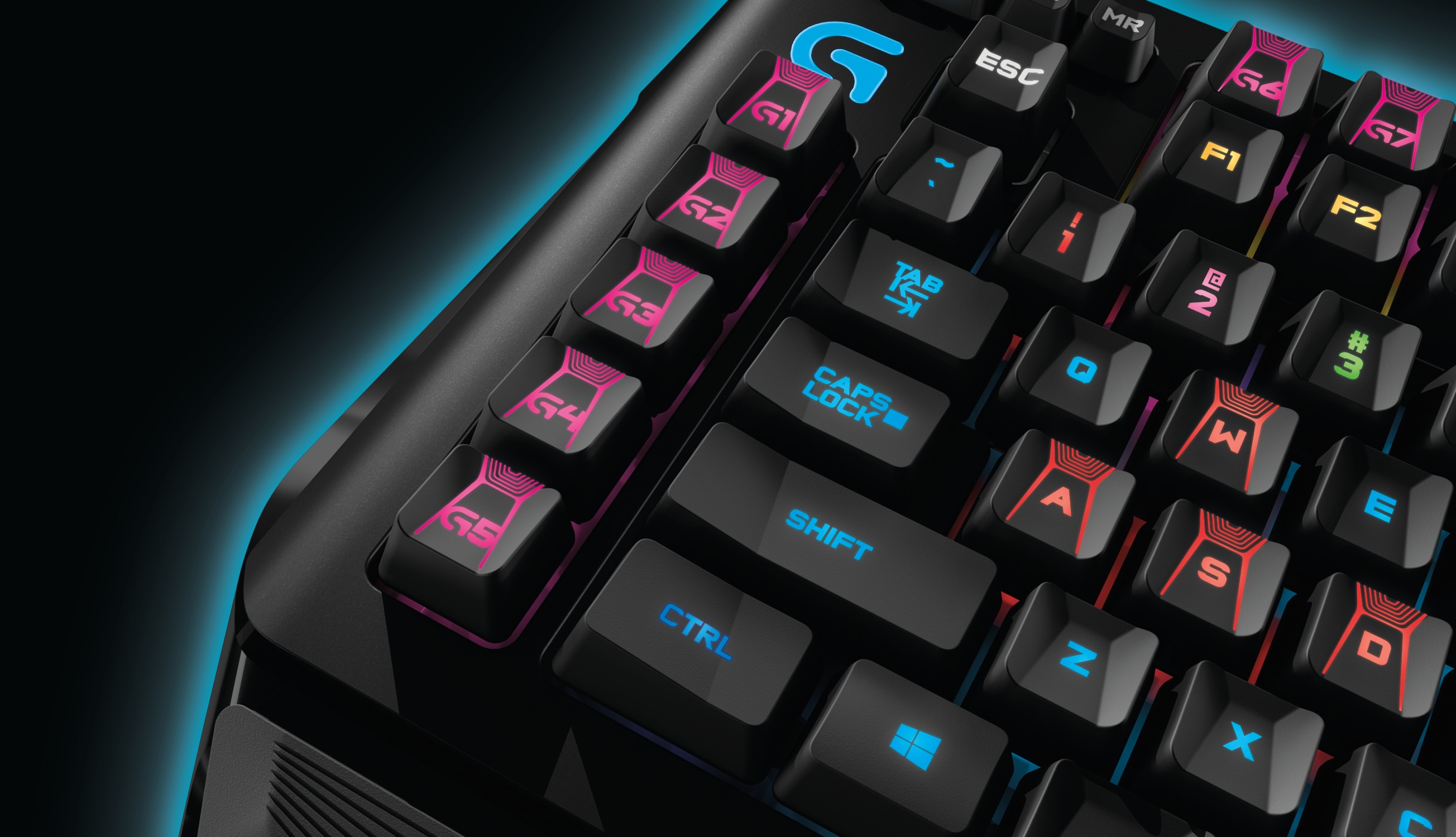 When you think “Gaming Computer”, you probably imagine a system that looks like it fell out of a Black Hole or emerged out of the studio of some fancy Italian supercar maker. The last thing that probably crosses your mind is the design of the keyboard. Some are okay with the generic keyboards that ship with most computers, but [Movie Trailer Voice] when in the heat of battle where every point counts a person will quickly realize that choosing the right input device is the difference between life and death! When shopping for a Gaming keyboard you only have one choice really and that’s the “Mechanical Keyboard”. The main difference between a mechanical keyboard and the typical “Membrane Keyboard” is the way the physical key click gets translated to digital 1’s and 0’s. In modern mechanical keyboards, each key has a dedicated switch typically made by the Cherry Corporation that converts the mechanical key press into the electrical impulses required by the CPU to translate typed information to actual words that can be seen on an external output device. In membrane keyboards, this conversion is handled by a three-layered membrane that spans the length of the keyboard. The first layer contains the conductive material that punches through a secondary “holes” layer to the third layer that contains the circuitry for each character. When a key is pressed layer one meets layer three to complete the circuit.

I for one am happy that the mechanical keyboard exists in its modern form, gone are the days of mushy button presses from technology that only exists to grow profits.

A few hardware companies have capitalized on the legacy of input devices such as the IBM Model M and its many variants to push what is basically old technology to a newly discovered market of young people who may or may not have existed when the original keyboards saturated the market. I for one am happy that the mechanical keyboard exists in its modern form, gone are the days of mushy button presses from technology that only exists to grow profits. Tactile feedback reigns supreme!!! With that, I will introduce the topic of this post the Logitech Orion G910 Series? You may be asking why I’m reviewing old hardware? Think of this as a long term user review. I’ve used the items I review daily for at least a few months so I’m familiar with the performance capabilities and shortcomings of the devices and can relay that information more effectively without the pressure of timelines etc. In addition to that, a few weeks ago Logitech re-released the Spark as a completely new model called the G910 Orion Spectrum with practically no changes except for replacing the much maligned “Faceted Keycaps” and adding a more streamlined palm rest. This keyboard is exclusive to customers of a popular electronics retailer and is the same price as the Spark that it should eventually replace. I personally think that Logitech is beta testing its products on the open market. If you’re familiar with the Orion Spark  you probably know that it is a huge departure from the typical mechanical keyboard or any other keyboard for that matter. With the Spark Logitech heavily invested in what it thought the  market needed in an input device. Don’t get me wrong, I love Logitech devices. I’ve owned a number of their products including joysticks, controllers, keyboards, mice, speakers but I’m sorry to say that they missed the mark with the Orion Spark but may have redeemed themselves with its fraternal twin the Orion Spectrum. I’m going to give a quick overview of the product and talk about a few of the things I’ve run into so far. 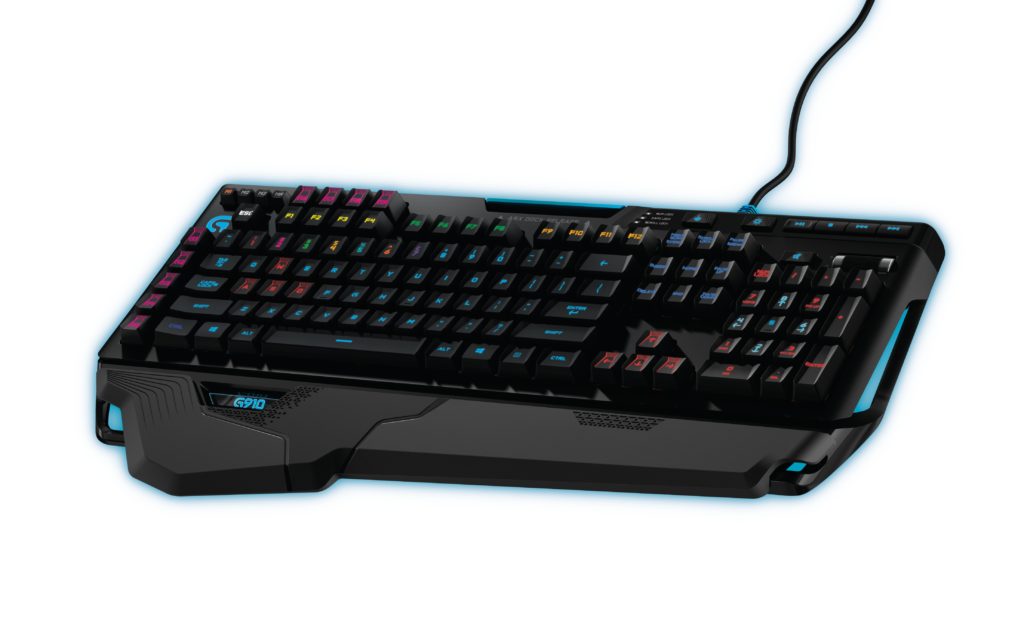 Design of the Orion

The device is called a Keyboard for a reason and the Spark has a lot of them. 113 standard keys in addition to the 9 “G” keys and media/function buttons. The main claim to fame of this model (aside from the Romer-G switches) is the introduction of Logitech’s “Performance Facet Keycaps“. These caps were designed around the premise that keys with pronounced edges were easier to locate and press than those without the “faceted” design. I actually think that the design of the keycaps may have been too good because in the middle of hardcore gaming or typing I would constantly hit the keys adjacent to the ones I actually wanted to press. Other than that I think that the design of the keys are very easy on the eyes and almost give the keyboard the cutting edge futuristic look the name “Orion Spark” deserves. Each key is center lit with an RGB LED and the laser etching makes it easy to locate them in low/no light situations. The Orion Spark weighs in at a little over three pounds with a solidity that belies its plasticky appearance and a build quality that is typical of other devices from this brand. The Orion Spark has a fairly large footprint at almost 20 inches wide and 10 inches deep but the size contributes to the structural integrity of the device which seems to be able to stand up to the beatings of even the most passionate gamers. The Keyboard also includes the ARX Dock which can be used for a phone or small tablet. The Dock is located at the back of the keyboard close to the USB cable. The dock is a little flimsy and not very practical since it’s very narrow and cannot reliably hold anything more than a 6-inch tablet. I think the dock was included as a way for Logitech to cheap out on adding a display to the Spark. If The keyboard had a rear USB port I wouldn’t mind keeping a small phone mounted back there but since it doesn’t I just leave the dock closed and use a tablet mounted on my desk to view the ARX Control App.

Typing on the keyboard is actually quite good aside from the fact that you will probably end up wearing out your backspace key before any of the others.

Using the Orion Spark can sometimes be a challenge due to the design of the keycaps. If you are in the middle of a fast paced game that requires multiple short keystrokes you will quickly realize that the keys you are aiming for may not necessarily be the ones that you end up pressing. This is caused by the raised edges of the keys which are positioned so closely together that you are guaranteed to have accidental presses and because of it’s 113 key anti-ghosting (NKRO) capabilities of the Spark you know that every single one will register. Typing on the keyboard is actually quite good aside from the fact that you will probably end up wearing out your backspace key before any of the others. Unless you are a precision typist you can guarantee that you will have this issue. The Romer-G switches are not that bad they are a lot quieter than those on the AZIO MKG1 that this replaced. I disliked them at first because they actually felt a little mushy like non-mechanical keys but after breaking them in the subtle “clickiness” of the switches became audible, with the keys seeming to provide just the right amount of feedback when typing or gaming. 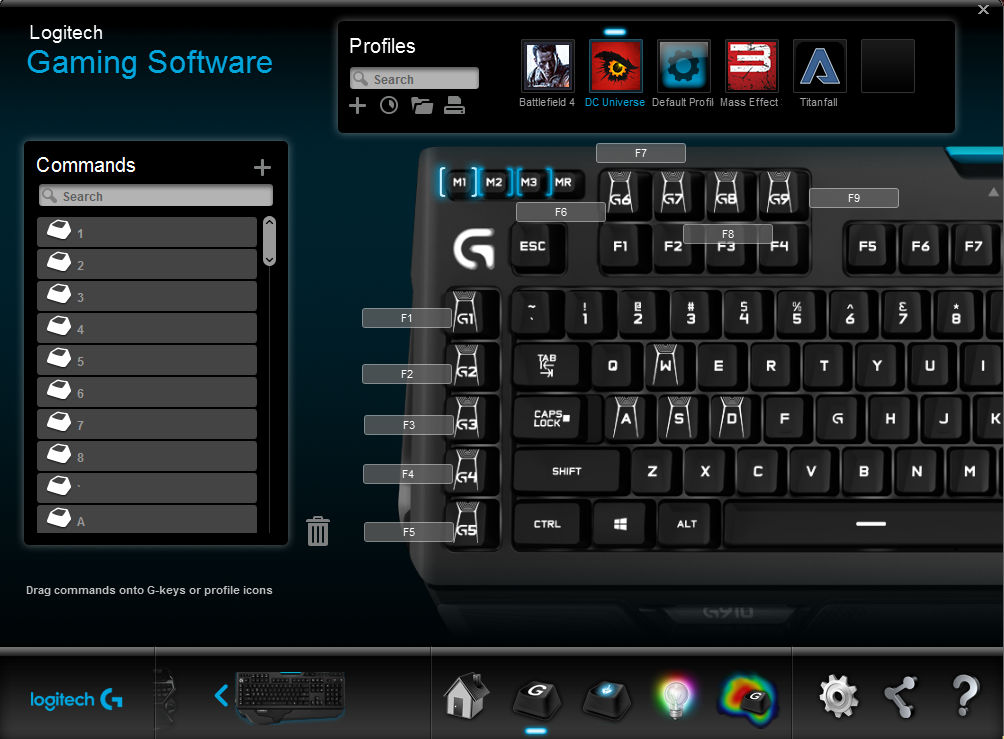 To fully experience the capabilities of the Logitech Orion line of keyboards you will need to download the Logitech Gaming Software (LGS) and the Arx Control app for your mobile device. The LGS is the central hub for configuring all your Logitech gaming hardware. This software is what allows you to modify the LED colors, download/create profiles and update firmware. It provides all the tools needed to maximize the potential of the G910. If you have a few dollars laying around a G13 makes a nice addition to the overall setup and is also configurable by the LGS. The Logitech Arx app is an extension of the LGS app in that it provides you with pertinent information relating to any supported game that you are playing at the moment in addition to the mapping of the “G” keys, activated game profiles and even CPU/GPU information, [note: GPU Stats do not work for AMD cards at this time]. Overall the software integration with the Logitech gaming hardware is seamless, everything just works. Creating macros can be a little intimidating and integration with other non-gaming Logitech hardware such as the M570 is nonexistent and requires the Logitech Setpoint Software that needs to run alongside the LGS.

Overall I like the keyboard I contemplated purchasing the cylindrical keys that are now standard on the Spectrum and if the palm-rest goes on sale I will probably pick that up too. The Orion G910 series was a bold step for Logitech, the company attempted to design a Mechanical keyboard from the ground up and for the most part their effort paid off. What they didn’t expect was that people would resist change. The act of typing or using a keyboard/mouse etc. requires a person to become intimately familiar with things such as key spacing, tactile feedback, the texture of the buttons, the way it feels in the hand, how it responds to your input, even muscle memory will play a part in the process of interacting with your mouse or keyboard. It’s almost like learning to play the flute for years then being given a trombone for your first recital. Any change to the basic design of an input device will generally meet some resistance. Even though in the past there have been keyboards with radical designs, the keys themselves never really changed much and this is where I think Logitech made a misstep with the Spark. They have now doubled back on the design and released the Spectrum which is what the Spark should have been in the first place. I think that people love the G910 series and consumers that may have avoided the Spark for its outlandish looks and design probably won’t think twice about purchasing the Spectrum. Since I already invested in the Spark I hope that Logitech will release the palm rest  used on the Spectrum to the open market as an accessory similar to the cylindrical key pack currently available for the Spark. 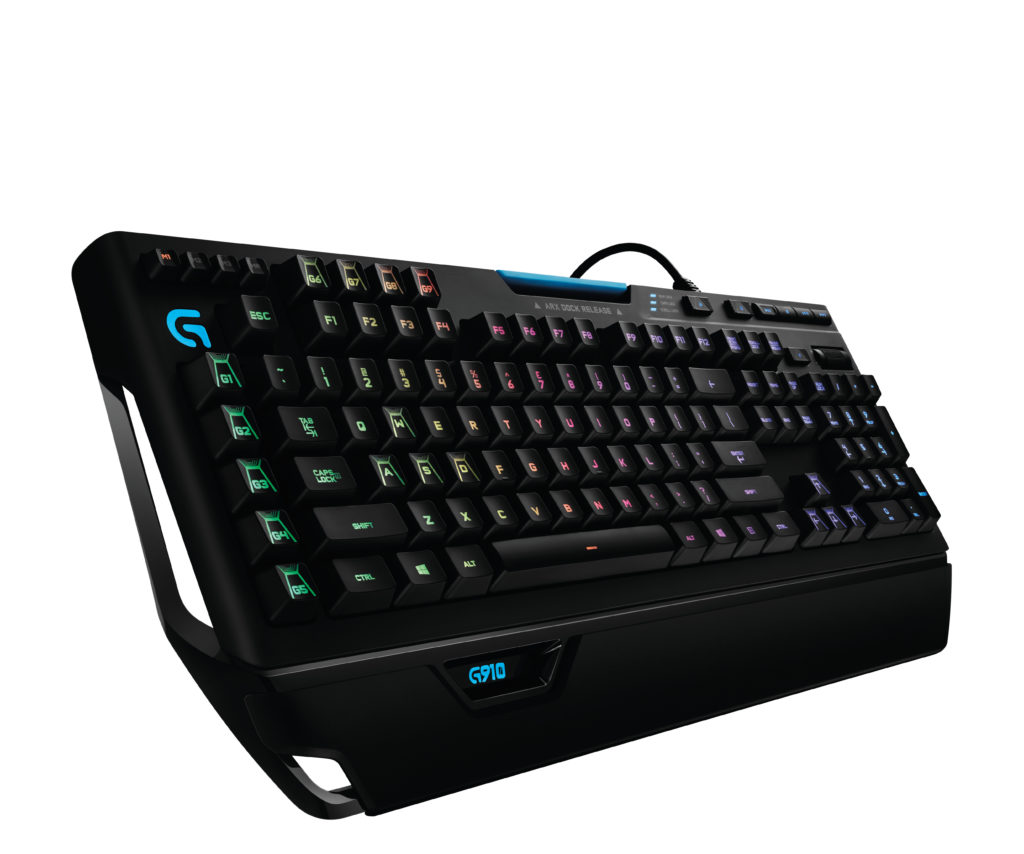 Logitech International S.A. - R with ticker code (LOGI) now have 5 analysts covering the stock with the consensus suggesting a rating of 'Buy'. The range....